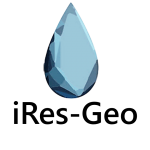 On 1st of June 2020, Department of Petroleum Resource, the primary body that regulates oil and gas activities in Nigeria had announced 161 indigenous oil and gas companies have been shortlisted for the last stage of marginal oilfield bid round in Nigeria. The licensing round offered 57 marginal fields exclusively to local Nigeria oil and gas firms and investors.

These marginal fields are known discoveries on IOC-owned blocks which had been discovered at least 10 years ago yet still undeveloped. Many marginal fields were considered as sub-commercial by large oil and gas companies due to technical and commercial constraints.

On Thursday, December 31, 2020, the list of 161 firms that were selected to advance to the final stage of the marginal oilfield bid round was announced by DPR.

"The Department of Petroleum Resources said earlier this month that 161 successful companies had been shortlisted to advance to the next and final stage of the bid round." said by the Head of Public Affairs, DPR, Mr Paul Osu, according to local Nigeria news.

As of now, DPR did not say when the result will be announced. But it has been reported that successful candidates will be notified when the process is concluded.

But the Department of Petroleum Resources, DPR, has said the winners in the 2020 marginal fields bid rounds have just two years to deliver their first oil.