“What is the uncertainty, how far from the ‘truth’ could you be?”

The question itself strikes deep uncertainty into the hearts of geologists, geophysicists, reservoir modellers and many other subsurface experts.

As a geophysicist, how could I quantify the accuracy of the position and geometry of my meticulously picked horizons and faults? I would cook something up, based on wavelengths, detectability limits, velocity model issues, Fresnel zones, perturbing features observed in the shallow part of the section, known issues with the software etc., but a little internal voice would whisper insistently, “Wir kochen nur mit Wasser….”†

The problem of uncertainty for scientists and engineers involved in the above fields is twofold: 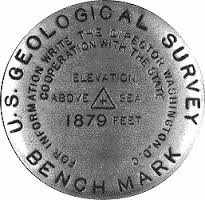 But; what if there was a Benchmark?

Well, for Reservoir Modellers and Reservoir Engineers, there now is. ††

This is precisely what iRes-Geo Technology’s Closed Loop Geomodelling does.

Step 1: Run a Petrophysical Study to determine the sensitivity of the synthetic seismic model to changes in reservoir parameters, Net to Gross, Porosity etc. These are the dials that can be adjusted to give different synthetic seismic outputs.

Step 2: Generate a synthetic seismic cube from the existing reservoir model, and compare this to the observed seismic.

Step 3: Generate least-square misfit functions between the observed and synthetic seismic, and difference cubes to allow delineation of the mismatch between the two datasets.

Step 4: Adjust the reservoir parameters in the correct direction by the correct amount (static in the case of 3D data, dynamic in the case of 4D data) using proprietary optimisation algorithms and generate another synthetic seismic cube, which will more closely resemble the observed seismic.

Rinse and repeat steps 2 to 4 until the best possible match between the observed and synthetic seismic is obtained. This is your ‘True’ Geomodel that maximises the information from ALL sources; seismic, petrophysical and geological.

So; is this the final word on the subject? Is a model that is fully consistent with the seismic fundamentally better? Reservoirs are complex beasts and production behaviour might be a consequence of small – scale geological features not easily captured using current reservoir modelling technology.

G&G experts would certainly support this assertion, ornery Reservoir Engineers would certainly demand proof. The most convincing proof is in the history matching of the production data, and as iRes – Geo continues to rack up Closed Loop Geomodelling projects, the evidence increasingly supports the G&G experts; improving the consistency between the seismic and the reservoir model DOES improve the history match considerably.

Looking forward, we at iRes – Geo anticipate Closed Loop Geomodelling to improve reservoir history matching to become an industry standard in the next few years.

We are proud to be at the cutting edge of this trend.

† Trans.: “We’re trying to make soup and all we have is water.” Wonderful German expression. For some reason my internal voice often speaks in German, I must get that fixed.

†† With my sincerest apologies to the other sub-surface scientists and engineers, who must continue to stumble in darkness.

» Subsurface Integration: Take it or Lean it!